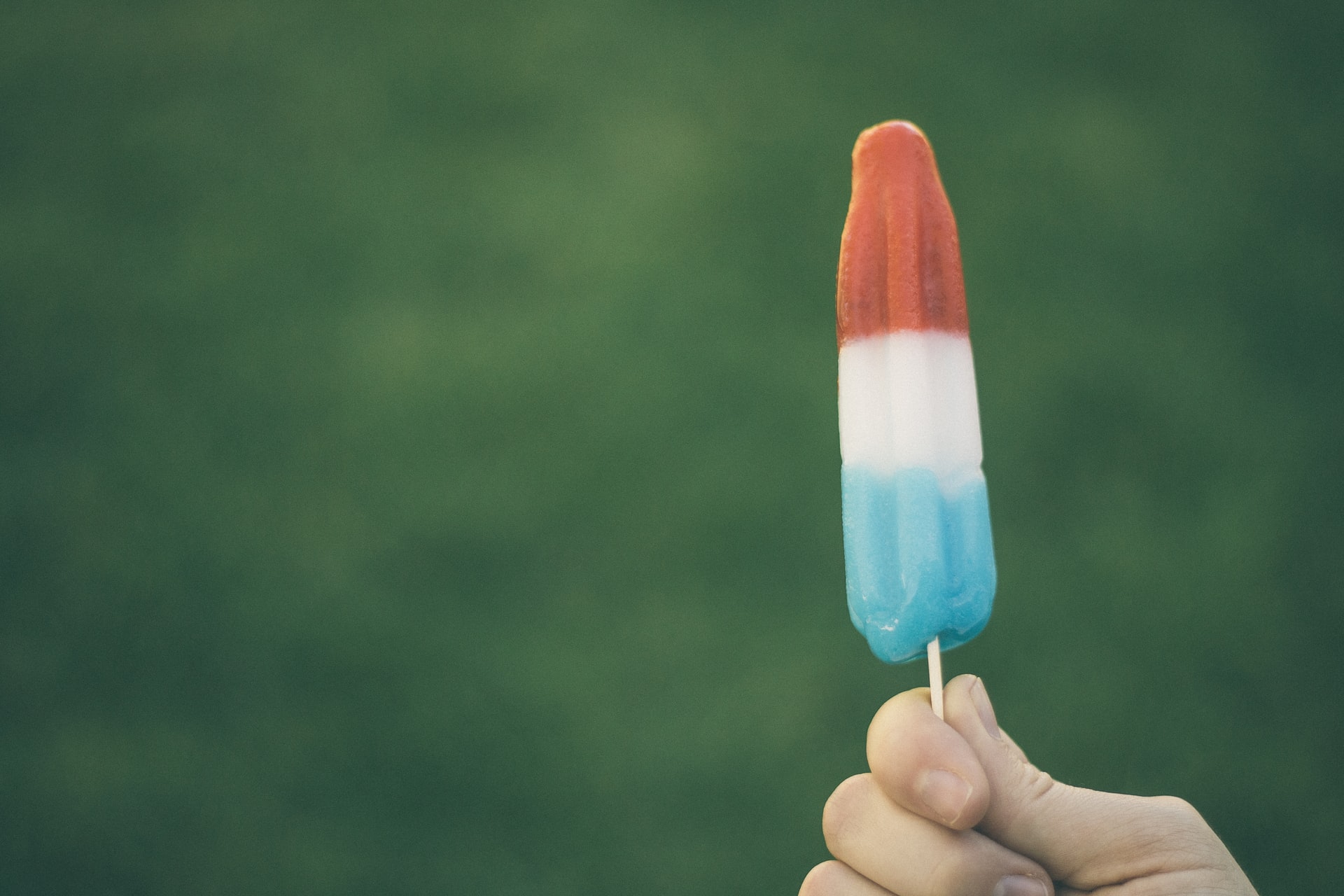 NPR explores the invention of the Popsicle by 11 year old Frank Epperson.

Back in 1905, a San Francisco Bay Area kid by the name of Frank Epperson accidentally invented the summertime treat. He had mixed some sugary soda powder with water and left it out overnight. It was a cold night, and the mixture froze. In the morning, Epperson devoured the icy concoction, licking it off the wooden stirrer. He declared it an Epsicle, a portmanteau of icicle and his name, and started selling the treat around his neighborhood.

In 1923, Epperson decided to expand sales beyond his neighborhood. He started selling the treat at Neptune Beach, a nearby amusement park. Dubbed a “West Coast Coney Island,” the park featured roller coasters, baseball and an Olympic-sized swimming pool. Neptune flourished in the pre-Depression days, and consumers eagerly consumed Epsicles and snow cones (which also made their debut at Neptune).

Buoyed by this success, Epperson applied for a patent for his “frozen confection of attractive appearance, which can be conveniently consumed without contamination by contact with the hand and without the need for a plate, spoon, fork or other implement” in 1924. The patent illustrates the requirements for a perfect ice pop, including recommendations on the best wood for the stick: wood-bass, birch and poplar. Eventually, Epperson’s children urged him to change the ice pop’s name to what they called it: a Pop’s ‘Sicle, or Popsicle.

Over the years, Epperson’s childhood invention has achieved iconic status, standing in for any frozen treat the way Kleenex means a tissue. That explains why also over the years, Unilever has worked to keep the name Popsicle its and its alone: In 2010, the company threatened legal action against artisan Brooklyn ice pop makers People’s Pops for using the word “popsicle” on its blog.

How An 11-Year-Old Boy Invented The Popsicle – Shelby Pope