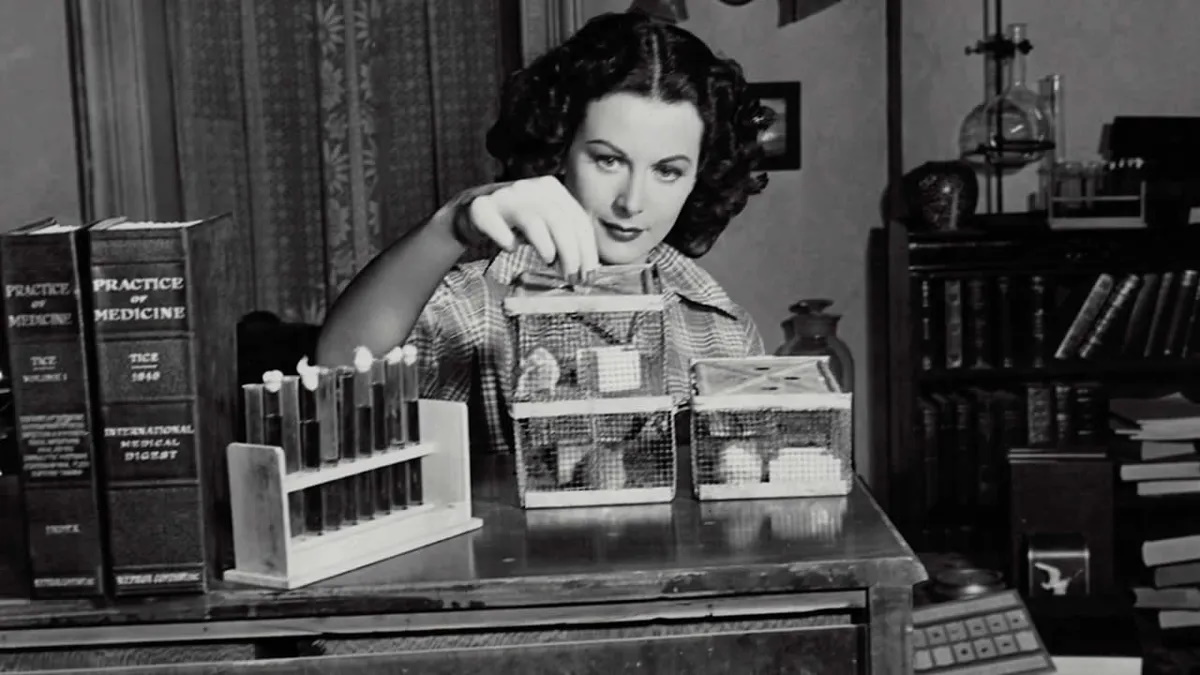 Hedy Lamarr was an actress that loved to tinker. Her story is explored in the National Women’s History Museum by Colleen Cheslak.

Lamarr’s brilliant mind was ignored, and her beauty took center stage when she was discovered by director Max Reinhardt at age 16. However, it wasn’t until 1932 that Lamarr gained name recognition as an actress for her role in the controversial film, Ecstasy.
While she secured her ticket to Hollywood where she mystified American audiences with her grace, beauty, and accent. In Hollywood, Lamarr was introduced to a variety of quirky real-life characters, such as businessman and pilot Howard Hughes.
Lamarr dated Hughes but was most notably interested with his desire for innovation. Her scientific mind had been bottled-up by Hollywood but Hughes helped to fuel the innovator in Lamarr, giving her a small set of equipment to use in her trailer on set. While she had an inventing table set up in her house, the small set allowed Lamarr to work on inventions between takes. Hughes took her to his airplane factories, showed her how the planes were built, and introduced her to the scientists behind process. Lamarr was inspired to innovate as Hughes wanted to create faster planes that could be sold to the US military. She bought a book of fish and a book of birds and looked at the fastest of each kind. She combined the fins of the fastest fish and the wings of the fastest bird to sketch a new wing design for Hughes’ planes. Upon showing the design to Hughes, he said to Lamarr, “You’re a genius.”
[Lamarr and Antheil] came up with an extraordinary new communication system used with the intention of guiding torpedoes to their targets in war. The system involved the use of “frequency hopping” amongst radio waves, with both transmitter and receiver hopping to new frequencies together. Doing so prevented the interception of the radio waves, thereby allowing the torpedo to find its intended target.